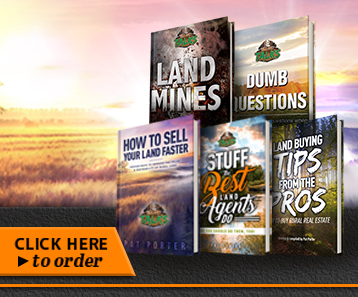 I still call her my baby even though she’s half way to sixteen. Man, where did those eight years go? Well allright, enough sulking over the fact my sweet pea is growing up too fast and on with the story.

Raylee is your typical, energetic, outgoing, country to the bone, little farm girl. She has always liked going to the camp, hunting with Dad and has been doing just that since she was two years old. She’s a crack shot with a .22 and got her very own for Christmas this year. We’ve also had a Remington 700 Youth 243 with her name on it, just waiting for her to grow into it.

Raylee was determined, going into this past season, that she was going to kill a deer. So my part was to do everything I could to make that happen. We spent the off season keeping feeders full, planting food plots and making sure all the stands were ready to go. But being the somewhat over protective Dad I am, the closer season got the more nervous I got. Reason being was that I started thinking about that 243 kicking or as she says “bucking” a little too much and the scope hitting her in the face. I’ve been told by my better half that I have a tendency to worry too much, plan too much and way over analyze things and that’s just what I started doing…thinking. I thought maybe it would be better if I put her in a pop up blind closer to the feeders with an open sight 30-30. That way there would be no scope to hit her in the face and we would be close enough she would surely be able to hit something. As season quickly approached, I was still fretting and analyzing my final game plan that would insure my daughter could seal the deal on her first deer. Needless to say all my worrying and planning would not make a bit of difference in Raylee killing her first deer.

My family and I spent most of the summer getting ready and getting excited for hunting season to open. It was finally here, Opening Day of the 2009 Gun Season. But instead of having my baby girl in the stand with me and my wife Bridgette out there with our 4 year old son Morgan, I was sitting there in the stand alone. All because I was selfish enough to think I deserved opening day all to myself. Well things could not have happened any better that evening to teach me two valuable lessons.

Since no one was invited to hunt with me opening day my wife decided she would just take Raylee herself on some land adjacent to our house. There was very little thought that went into their hunt. There was no worry about the gun kicking or the wind direction or anything else I would have been intent on thinking about. They didn’t go to the food plots or the feeders and they weren’t even in a blind. They just went hunting together. They walked from our house down our long driveway with Raylee singing and skipping all the way. They sat on the ground just off our drive way on a pipeline. Raylee was on the ground right beside Bridgette so she could help hold the shooting stick for her. Those two were visiting and laughing and sending me texts and pictures. They weren’t there very long when Raylee spotted a small buck that was way too far away to shoot. Raylee was thrilled that she had spotted this buck “all by herself.” Not 30 minutes later, wouldn’t you know it, at about 5:00 I got a call from one of the most excited and proud, parents you’ll ever hear telling me that our daughter had just shot her first deer. So I got off my stand at the lease and almost cut a 30 minute drive in half getting home to see. Raylee was still so happy and excited she couldn’t stop crying and was talking ninety to nothing trying to tell me the story. Once she calmed down they showed me where they were sitting and 110 yards down the pipeline, there it was my baby girl’s first deer.

What an awesome experience, that I didn’t get to share with my little girl, for two reasons. First and foremost I was selfish. I wanted to be in my own little part of the world by myself. Second, if I had been there I would have probably over analyzed and over thought things. I would not have been on that pipeline at that appointed time because that was just too simple.

So guys, the first lesson learned, is that life is too short and your kids grow up way too fast. You should strive to be involved in their lives and to be a part of all those precious moments. Second lesson is that God’s will and perfect plan is always better than even our very best.

“For I know the plans I have for you declares the Lord, plans to prosper you and not to harm you, plans to give you hope and a future.” Jeremiah 29:11

Improving Hunting Land for Sale with Interior Roads and Crossings

One result of land segmentation is more and more land boundaries.  Disputes among adjoining landowners are increasing.  Boundary trees are often at the center of the dispute.  Our law has one set of rules applicable to trees and plants growing on the boundary and another set of rules applicable to trees growing on neighboring property near the boundary but whose roots and limbs extend over the boundary.  La. C.C., Art. 687 and 688.

TREES GROWING ON THE BOUNDARY

Sometimes a tree growing on the boundary causes a problem for one of the adjoining co-owners and not the other.  For example, assume a 150 year old beautiful live oak tree is a tree through which the boundary line passes.  However, its branches and roots, through no fault of either co-owner, are encroaching upon and doing serious damage to the foundation of a home belonging to one of the co-owners.  May the co-owner who is being damaged demand that the other co-owner remove the tree?  Short answer:  No.  Our law provides that the co-owner who is being damaged has the right to remove co-owned trees that are causing damage, but he must bear the entire expense of removal of the co-owned tree.  The party being damaged does not have a claim for damages against the other co-owner.  The entire cost of the removal, and all damage resulting from the removal, must be borne by the co-owner who was initially damaged by the co-owned tree.  Neither the expense of the removal nor the damage may be shifted to the adjoining co-owner.  However, neither can the adjoining co-owner collect damages for his loss due to the removal of the beautiful tree.

Another question that arises in the context of a boundary of commercial timberland is the status of trees along the boundary.  These trees are also co-owned.  Any boundary that passes through a tree is a boundary tree and, accordingly, co-owned by the adjoining property owners.  One question that arises is whether or not one of the co-owners has a right to cut the boundary tree without the permission and consent of the other co-owner.  The answer is no.  Any cutting, removal or even damage to a boundary tree would invoke the treble damage statute and expose the wrongdoer to the payment of three (3) times the value of the tree and attorney fees.  Further, if the boundary tree has been “marked” and provides evidence of the boundary (so-called “line tree”) then the unconsented cutting may expose the wrongdoer to even greater damages than would be due under the treble damage statute.  The removal of a marked line tree may necessitate an expensive survey to re-establish the boundary, the cost of which may be greater than treble damages.  Thus, landowners cutting or operating near a boundary should take precautions to make sure no trees on the boundary are cut or damaged without the consent of the adjoining landowner.

TREES GROWING NEAR THE BOUNDARY

Many tree trunks are located entirely on one landowner’s property, but near the boundary.  Roots and branches of trees growing near a boundary usually protrude over the boundary into property owned by another.  What are the duties and obligations of the adjoining landowners?  An example with illustrate.

Assume a large magnolia tree is growing entirely on property owned by Mr. Jones.  However, the roots of the magnolia tree have grown across the boundary and protrude into Mr. Smith’s property.  The roots are now interfering with the foundation and plumbing of Mr. Smith’s home.  What can Mr. Smith do to mitigate this problem?  In this case, Mr. Smith has the right demand that Mr. Jones remove the roots and branches that extend onto Smith’s property and are actually causing damages to Smith’s property.  However, Smith does not have the right to demand the removal of the roots or branches unless they are causing an actual problem.  A landowner does not have the right to demand removal, at the adjoining landowner’s expense, unless the protrusions are actually interfering with the use of his property.  A landowner does not have the right, even at his own expense, to cut either branches or roots at the boundary unless the protrusions are causing him actual damages.

What if a pecan tree trunk is growing entirely on Mr. Jones’ property but whose branches overhang onto Mr. Smith’s property?  Neither the roots nor the branches are causing any actual damage to Mr. Smith.  However, Mr. Smith asserts that he is the owner of all pecans that fall on his side of the boundary.  Can Mr. Smith keep the pecans that fall to earth on Smith’s side of the boundary?  Although there is no case or statute directly on point, it is believed that Mr. Jones, as the sole and only owner of the tree and all of its fruit, would be entitled to all of the pecan crop, even those falling beyond the boundary.  Mr. Jones is believed to have a limited right of trespass in order to recover his pecan crop but without damage to Smith’s property.

Trees or other plants growing on or near a boundary are frequently the source of disputes among adjoining landowners.  Disputes among adjoining landowners arising from tree or other plant growth are more frequent as more and more people live closer and closer together and tracts of land are segmented into smaller and smaller parcels.  If such a problem arises, consult legal counsel if the problem cannot be amicably resolved.